Part of the society’s task is to unearth some of the local astronomical history and to preserve and present it to interested parties. It came to light that a founder member of the BAA was living and observing in Reading in the latter part of the 19th century. Gideon Turner Davis was a bachelor (on census returns) living the major part of his life in Reading. His notebook was deposited at the Berkshire Records Office in 2002 and they subsequently drew our attention to the contents.

In 2007 The Reading Astronomical Society were advised that the Berkshire Records Office had possession of….
Astronomical sketches by Gideon Turner Davis of Reading and others, [1877]-1897 (1 vol)

Here are the library references….
Deposited in December 2002 (acc. 7113)
Cat : LS 3/2003
“Astronomical sketches” by G[ideon] Turner Davis of Reading and other Berkshire astronomers.
(Volume compiled in 1891 by G[ideon] Turner Davis of 13 Donnington Gardens, Reading, as a guide for novice astronomers, “to show what a small telescope can show in Reading”. Includes sketches of observations of the Moon, planets, comets, sunspots, stars and a nova in the Andromeda nebula, made 1877-1891, with additional observations, 1896-1897.)
1 vol
[A book containing scanned images of the sketches and notes in this volume is available in the Record Office Library.] 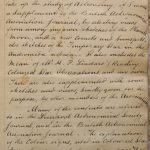 GT Davis’ handwritten introduction to his book of observations. Part I 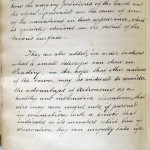 GT Davis was at the meeting of the provisional committee at the formation of the BAA.

E. W. Maunder and the Formation of The British Astronomical Association 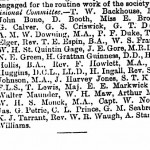 Between 1881 and 1901 Gideon lived at two addresses in Donnington Road and Donnington Gardens, Reading. Recorded as a lodger, latterly among a family of six. And between censuses recorded with different families in the same house.

Some research was done by our member Kenelm England which resulted in some knowledge of Davis’ early life.

Gideon Turner Davis (1844-1925) was the son of Gideon Thomas Davis and Sarah Turner Fielding. His father Gideon Thomas was born in Chatham, Kent in 1814, the son of Gideon and Ann Davis, and was baptised at St. Mary’s Church, Chatham on 15th. June 1814. He had at least three younger sisters. Gideon Turner’s mother Sarah Fielding was born in Berkshire and was living at 25 Sydney Terrace, Reading with her grandfather(?) John Turner in 1841.

In 1841 Gideon Thomas Davis was living at 58 Minster Street, Reading as an upholsterer. By 1842 the business was Allaway & Davis [Kelly’s Directory 1842] but had been owned by James Allaway alone in 1839 [Yorke’s Reading Street Key 1839] as an upholsterer, house and estate agent. On 22nd. October 1842 he married Sarah Turner Fielding at St. Mary’s Church, Reading. Their son Gideon Turner was born in 1844 and was baptised at St. Mary’s Church on 21st. January 1844. However his mother Sarah died in 1844 (in childbirth?).

In 1844 they were still Allaway & Davis at 60 Minster Street but by 1847 James Allaway was the sole proprietor [Kelly’s Directory 1847]. In 1848 Gideon Thomas Davis married Sarah Ann Fairbrother in Westminster district. By 1850 they had moved to Canterbury. Gideon Thomas had dissolved his partnership with Bartlett Allen Chambers (London Gazette 1850, p.2785). He is described as an upholsterer, cabinet maker, appraiser, auctioneer and estate agent. In 1851 he was living with his wife Sarah Ann and his son Gideon Turner (aged 7) at 32 Palace Street, Canterbury but he also had a shop at 19 Sun Street. As a sideline he was producing coffins. His sister-in-law and niece were at the home during the 1851 Census, so Sarah Ann may have been expecting a child. A baby, Sarah Ann, was born in 1851 but died the same year.

In 1858 Gideon Thomas’ wife Sarah Ann died. By then the family were in serious financial trouble. Gideon Turner Davis became an upholsterer’s apprentice. In 1861 he had taken lodgings at 106 Great Titchfield Street, Marylebone with Mr. and Mrs. Arthur Binstead, later to become a homeopathic pharmacist. Back in Canterbury his father was still in 19 Sun Street but on August 6th. all his assets were handed over to his creditors Edward Hommersham and William Hunter (London Gazette 6th. August 1861, p. 3294). In 1871 he was living as a lodger in 51 Flood Street, Chelsea. By 1881 he was one of five households living at 12 Smith Street, London. In 1891 he was staying with his three unmarried sisters Elizabeth, Jane and Frances at 8 Hammond Hill, Chatham. He died in his home town of Chatham in 1894.

Father and son do not seem to have had any contact after 1861. By 1871 Gideon Turner Davis moved back to Reading, where his mother’s relatives lived.

I am hoping to add remarks about HF Lindars, also of Reading in the near future. GB