Posted on April 17, 2012 by gbond
John T writes,
Friday night was clouded out. Overnight and Saturday morning it rained and sleeted! But it cleared early evening and by the end of dusk around 10pm it cleared. We had absolutely cloudless skies then until we got too cold or tired. Lane End were observing until sunrise-twilight!!!

We raised a toast to Chris for organising the weekend although he couldn’t be there. Good weekend had by all!!

Martin B writes,
Friday night we did manage to get a decent look at Mars in a short gap but that was all.
Saturday some of us lasted until dawn interfered shortly before 5 am .
Sunday night started good and we observed until just after midnight when cloud came in , but as we had an early start next day , I was planning to give up round midnight anyway . The transparency was good but seeing was not (on Sunday – the Mars view was probably better on Friday than Sunday) . Best weekend yet .
I saw about 50 Messier objects on Saturday and decided to have a go at a few NGC and Caldwell ones on the Sunday . The sky was brighter low down on Sunday though .

We could appreciate the movement of comet Garradd between Saturday and Sunday. 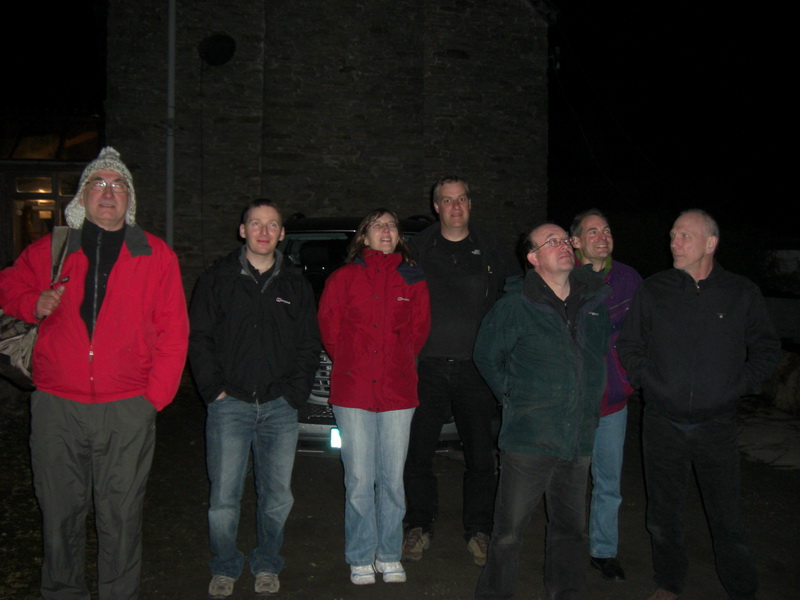 Well fed and ready for a night out. Reading AS’s Welsh group.